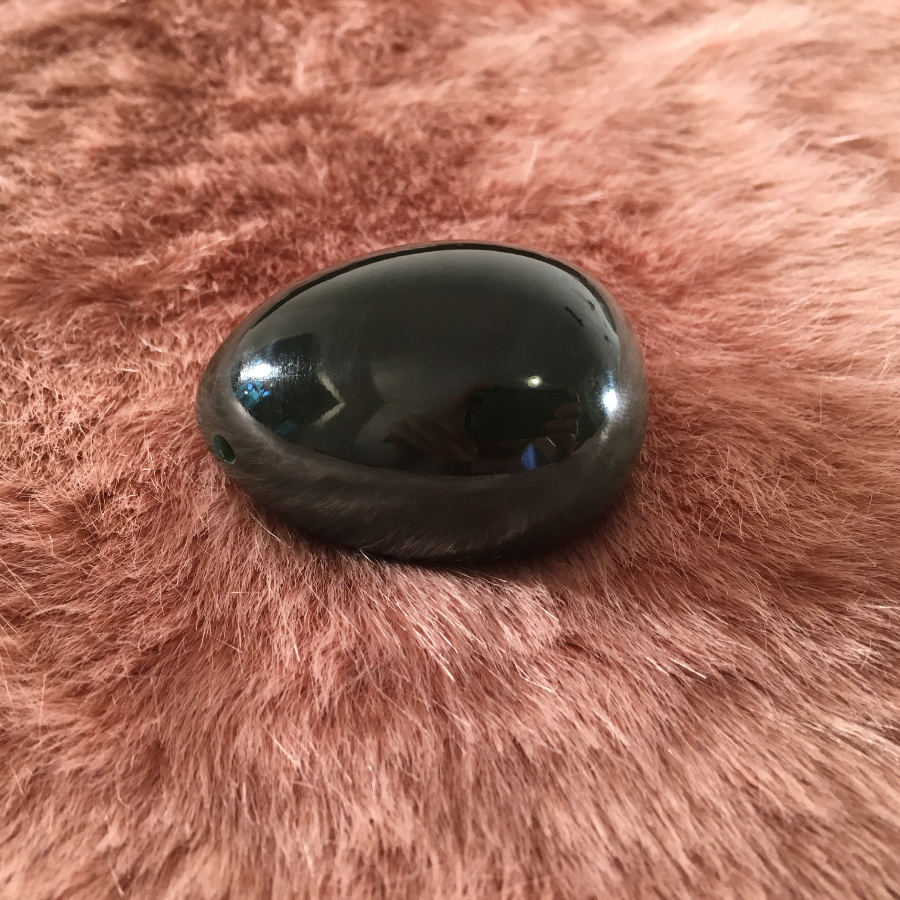 Is a Yoni Egg different to a Jade Egg?

In truth the answer is Yes and No.

In order to give you a definitive answer, let me first begin by explaining what a ‘yoni’ is…

In sanskrit the vagina is called the ‘yoni’, loosely translating as ‘a sacred space’.

And yes our vagina certainly is a sacred space that needs to be entered into with love.

Therefore, as you’ve probably worked out now, a Yoni Egg is an egg that goes in your vagina (or yoni).

Why do I not use the word ‘yoni’ in my teachings?

Personally I believe that there is enough unhealthy conditioning around our lady parts, that we don’t need to start borrowing words from other languages and dialects to hide what we’re really talking about: Our vagina!

I feel using the word ‘yoni’ instead of ‘vagina’ is another way that we unconsciously keep our vagina under the covers and forbidden; unable to be spoken about as freely as we discuss the weather!

It’s this kind of conditioning that leads to women having a very unhealthy and fearful love-hate relationship with their vaginas.

We don’t use the sanskrit name ‘dadhika’ when we refer to ‘cheese’, so I question why our vagina should be any different?

Therefore I believe the vagina (and it’s associated parts) should be celebrated, not hidden.

Yes our vagina is sacred, and I believe part of honouring that sacredness is giving ourself permission to call it by the name it is most well known for.

If we are to break the taboo around speaking and connecting with our lady parts, personally, I believe that starts with being able to call our vagina by the name it is most known as in the English language.

What is a Yoni Egg made of?

Back in ancient China where the practice of taking a crystal egg into the vagina originated some 5000 years ago, the Yoni Egg that was used was a Nephrite Jade Egg.

Back then, Nephrite Jade was valued more than gold and diamonds!

It was even referred to as the ‘stone of heaven’.

Yet as the years have passed, people have substituted cheaper, less hardy crystals in place of the Nephrite Jade Egg, partly due to cost, partly due to the fact that we ladies like a little colour and choice.

Now we see Yoni Eggs made from all types of jade, quartz, obsidian, serpentine, and the list goes on….

Why do I prefer a Jade Egg over a Yoni Egg made from a different type of crystal?

Because the Chinese were well researched in their decision to use Nephrite Jade for a Yoni Egg.

Nephrite Jade was considered the best option to take into one’s vagina for a magnitude of reasons, including the fact that physically it’s so dense, has a hard and strong mineral structure and is naturally shiny, making it easy to clean.

Nephrite Jade is so tough you can’t scratch it with a knife, and if you drop it (which chances are you will at some stage) is won’t break, unlike Yoni Eggs made from other crystals.

The problems with quartz eggs however, is that they chip and crack easily, and no one wants to put a cracked Yoni Egg in their vagina because that can cut you (and it’s unhygienic)!

Not only that, energetically, quartz Yoni Eggs can be unsettling.

While jade is grounding and detoxifying, the ‘quartz’ Yoni Egg tends to amplify whatever is most dominant for you emotionally.

So if you’re feeling depressed or anxious, using your quartz Yoni Egg will actually increase those feelings.

The Nephrite Jade Yoni Egg won’t do this.

Nephrite is softer energetically and serves to balance and ground you, meaning it won’t stir up any negative emotions.

The Nephrite Jade Yoni Egg will also increase your sense of wellbeing and protect you from unwanted external energy, while working on healing any past traumas or energetic build up.

On top of that, Nephrite Jade is known as the ultimate fertility stone and the crystal of love, making it the perfect stone for one’s vagina.

But what’s really important to understanding, is that research has now found that the only crystal safe for vaginal use is Nephrite Jade.

So what is the difference between a Jade Egg and a Yoni Egg?

A Jade Egg is a Yoni Egg, only it is made of Jade.

Yoni Egg refers to any type of crystal egg that is taken into the vagina as part of your practice.

I hope this helps shed some light on the Yoni Egg!

If you’d like to know more about Nephrite Jade Eggs or the Jade Egg practice I teach, simply visit my website www.yogaforthevagina.com which I have created as a free resource for women wanting to explore healing their mind and body in a deeply loving way.

8 Comments on “Yoni Egg versus Jade Egg: What’s the difference?”