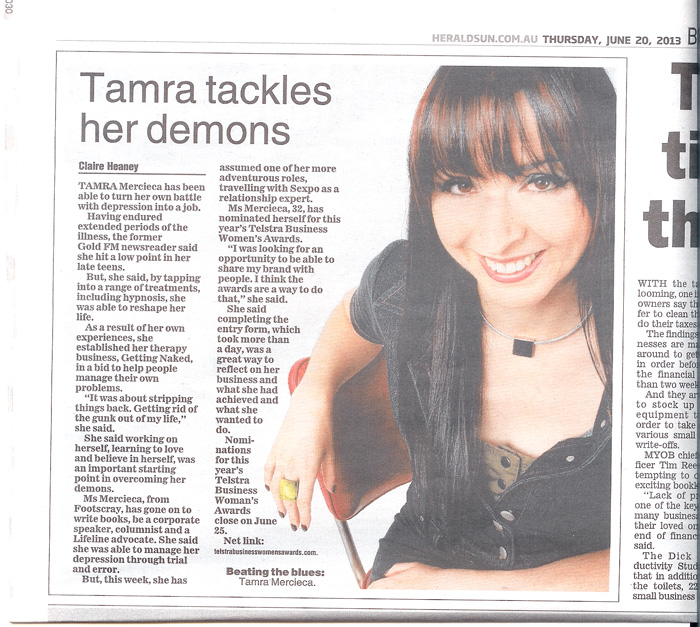 How much news do you consume on a daily basis?

Are you a news junkie or do you take small bites?

This week I wanted to look at how news can actually make us take on a more pessimistic view of life and even trigger depression and low moods.

It’s not surprising, given that our environment has the ability to lift or lower us.

And news is part of our environment if we choose to make it so.

Novelist Rolf Dobelli put it quite simply: ‘News is toxic for your body. It constantly triggers the limbic system. Panicky stories spur the release of cascades of cortisol. This deregulates your immune system and inhibits the release of growth hormones. In other words, your body finds itself in a state of chronic stress. High cortisol levels cause impaired digestion, lack of growth (cell, hair, bone), nervousness and susceptibility to infections. The other potential side-effects include fear, aggression, tunnel-vision and desensitization.’

There you have it.

News is bad for your health.

You could say news is to the mind, what sugar is to the body.

The media feed us small bites of tragedy frosted in fear-inducing facts.

We swallow limitless quantities of news flashes, which are like bright-coloured candies for the mind.

Watching footage of a plane crash is going to haunt you and perhaps lead to concerns about flying, despite the true probability of any such crash.

When you look at the stats, more people are killed walking the streets, than flying.

The daily repetition of news about things we can’t act upon makes us passive.

It grinds us down, forcing us to adopt a worldview that is pessimistic, desensitised, sarcastic and fatalistic.

The scientific term is ‘learned helplessness’.

Perhaps some may see it as a stretch, but I’m convinced that news consumption is at least partially responsible for the widespread disease of depression.

The emotion of the stories infiltrate our deeper psyche, creating an image of the world that hypnotises us into thinking we are powerless in this world that is full of real life horror and war.

Is it any wonder there is so much aggression and fear when we’re presented with so much chaos?

The more we see it, the more we believe the world is a dangerous place.

If we believe the streets are a crime-scene-waiting-to-happen, then just like putting in an order at a restaurant, this is what we’ll be served up.

We end up living in fear.

And living in fear disempowers us.

So why do people gravitate to the news?

Because society teaches us that we need to know what’s going on.

The media want you to believe that news offers you some sort of competitive advantage.

So many of us fall for that.

We get anxious when we’re cut off from the flow of news.

Yet in reality, news consumption is a competitive disadvantage.

The less news you consume, the bigger the advantage you have.

Why traumatise yourself or your children through repeatedly exposing yourself to violent events and anxiety-driven reporting.

Think about it for a moment.

We won’t let our children watch gory scenes of murder-dismemberment, yet the evening news, shown at a time when the kids are still playing, is regarded as OK in many households.

Real life is going to give your kids more nightmares than any make-believe story.

Watching news is a choice, not an obligation.

And not watching the mainstream news constantly does not equal being uninformed.

Imagine what would happen if we spent more time reading uplifting books and articles and less time bogged down in the horror stories.

Surely that would give the world a lift.

And if we started to abandon news, maybe media outlets would start to change the way they do news, cover different stories that enlighten, as oppose to scare.