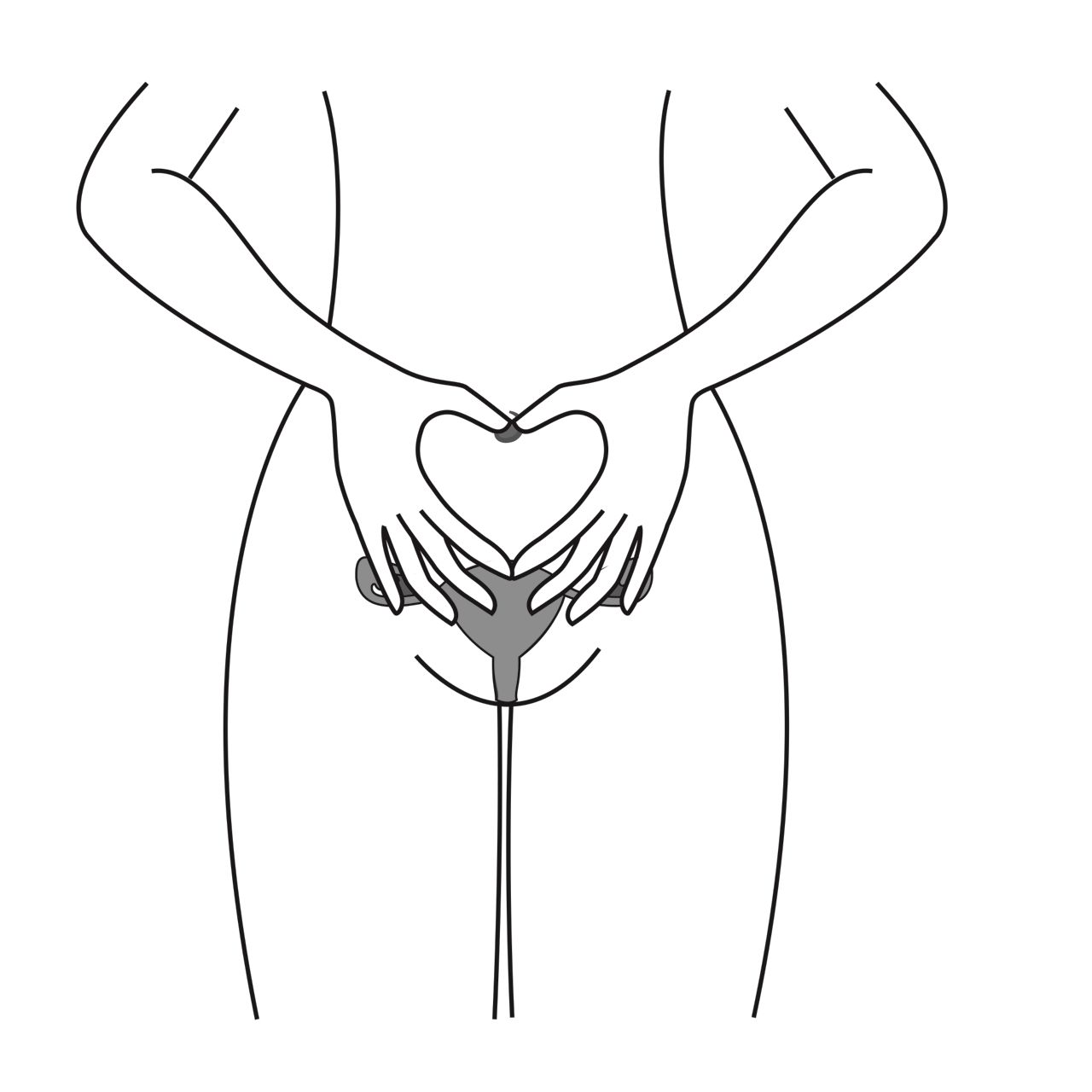 But are they healthy?

Even the natural ones are doing harm to your uterus.

Once a month our womb (uterus) cleanses itself.

This is what we call our ‘period’.

Other organs in the body also keep themselves healthy by doing cleanses.

For example, each night the liver cleanses our blood, our bladder empties and cleanses itself several times per day when we urinate, and the colon will clean out waste at least daily (in a healthy body).

All of our vital organs have a way of maintaining their health through a self-regulated cleanse.

So what we know as the period, is actually a uterine cleanse, or what I like to call the ‘womb cleanse’.

In a womb cleanse, the uterine lining – which is made up of a think layer of mucous – is shed once a month, coming down the vaginal canal, and then we catch it.

Along with the uterine lining is an unfertilised follicle (the egg).

What we need to understand, is that menstrual blood is NOT held within the womb throughout the month and then eliminated during the period.

When it’s time for our period to arrive, the arteries in the uterus open to let blood – which is made in the liver and pumped by the heart – into the uterus to flush it out.

To help it do its monthly cleanse.

Now this is all good and well, until we start interfering with the womb cleanse.

Yes, we can actually do things – you’re most likely doing some of these things now – that make it difficult for the womb to cleanse itself.

For instance, if you wear tampons during your period, it’s like leaving a rag in a sink and expecting the water to empty; the rag blocks the drainage.

What happens when we block the flow and make it difficult for the womb to cleanse itself?

In the first instance, the body will think ‘Oh, I’m having trouble doing my cleanse, I need to turn up the flow of blood to flush out this old residue because it seems to be stuck’ and then proceeds to pump more blood into the uterus to try and shift the blockage.

This is why many woman have heavy periods, because the body perceives there is something blocking the exit of blood – which there is, a tampon – so it pumps more down there.

The second thing that can happen, is the body starts to contract – what woman call ‘cramping’ – to try to get the stuck thing out.

Our uterus is a muscle that can contract.

That’s one of the functions of the uterus.

When a woman is giving birth, the uterus contracts to push the baby out.

In this instance, we want the uterus contracting.

However, during a normal period there shouldn’t be anything stuck in the uterus that needs pushing out.

But more often than not, woman are holding a lot of residue in their uterus – clots, old blood, etc. – because their uterus isn’t getting its proper cleanse each month.

What I’m saying, is that if the body isn’t able to flush out the monthly accumulation, then it stays stuck in the uterus until the next month.

During the next period, the body tries to get out that old residue again, by turning up the blood pressure and/or contracting, in an effort to solve the problem.

To get a full cleanse.

So when a woman experiences cramping, heavy bleeding, clotting, brown or black blood, these are signs that there is old residue in the uterus, and the uterus wasn’t able to get a full cleanse.

This is what they call ‘stagnation’ in Chinese Medicine, which is essentially poor circulation that causes a build up of old residue.

Yet there are many easy and natural things we can do to support our body in carrying out its womb cleanse so we don’t have to experience cramping, heavy bleeding, clotting and brown or black blood.

And one of them, is to not plug up the vagina when you bleed.

That means no tampons.

No penis’ inside when you’re bleeding.

That’s right, there should be no sex with penetration or sperm at that time.

Let everything just flow out naturally.

I experienced heavy periods – the type that means you have to get up during the night numerous times to change pads – since I was in my teens.

I never experienced any other PMS, just the heavy bleeding and clotting.

I counted myself ‘lucky’ that I didn’t suffer cramping or other symptoms all the other women seemed to complain of.

I tried all sorts of ways to help slow down the heavy flow, but nothing worked.

I’d been told before, ‘Tampons can make you have heavier periods.’

But no one ever explained why.

When I found out that the period is a ‘womb cleanse’ and how it worked, I was like ‘Of course! I get it now!’

And so I decided to try one period, tampon-free.

It was my lightest period ever!!!!

I was won over, and ever since, I haven’t used tampons.

I then started to develop a healthier relationship with my period, like resting more when I was bleeding – one of the keys to experiencing a symptom-free period – and my periods became even lighter.

The more connected I became to my vagina, my womb and my periods, the easier and more joyful they become.

Now I actually look forward to my periods!

So my advice is, to start by:

Stop plugging up your vagina when you bleed.

Everything is trying to drain out.

Putting a tampon in your vagina will make it harder for the womb to clear out, so much so, that it can stop the uterus from completing its cleanse, meaning that your uterus will have old residue build-up.

Let your womb cleanse itself.

Tampons work against the cleanse in every single way.

Sure, they allow some stuff to come out, but not everything, resulting in old residue build up.

Menstrual cups, in some woman, can still trigger extra unnecessary blood flow, so even these should be avoided where possible.

The sea sponge is still a plug.

So even using something with all natural products will still impede the cleanse.

You don’t want to put anything in your vagina during your womb cleanse.

Giving up tampons is just one of the six keys to easing and in many cases eliminating PMS and creating a more balanced, healthy period.

I share the other five keys in my Yoga for the Vagina online series, in a special guide called Your Womb Cleanse.

These are all keys I wish I have been gifted upon my entry into womanhood, because I know if I’d known them, I could have fallen in love with my period far sooner, and enjoyed a much healthier flow.

4 Comments on “What tampons are doing to your womb”