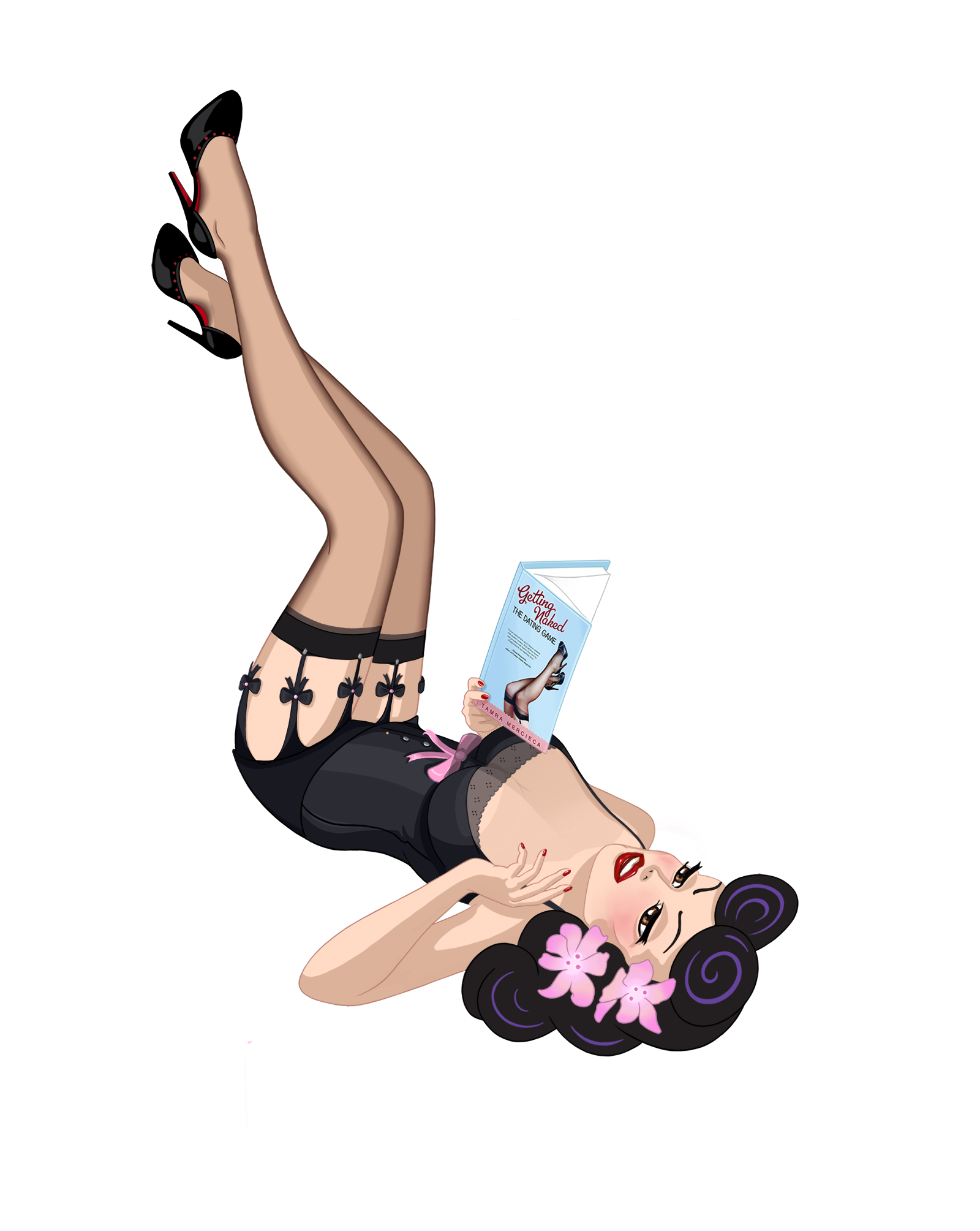 Have you ever wanted something so bad that you ignored your internal scam-radar?

And this is what I’d like to share with you today, so that maybe you can take something away from my experience, to ensure you don’t fall into the same trap.

It all started five years ago….

After entering a writing competition run by Hay House – the publishing house established by one of my favourite authors Louise Hay – I received a phone call from Hay House’s self-publishing arm Balboa.

The guy on the phone wanted to offer me a self-publishing distribution deal.

What that meant for me, was that for $5000 I could publish my already self-published books through Balboa, and they would distribute both books worldwide.

So they’d get me on all the main book selling website, such as Amazon, and they would also get me an interview on Hay House Radio and a review by some independent review company that would apparently help me promote the book.

Given I’d already self-published my book and had Australian distribution, the main drawcard for me was getting worldwide distribution and the interview on Hay House radio which I was pumped for!

When I told the Balboa guy I’d need a few days to think about it, he began laying on the pressure, about how I would need to accept within 24 hours, otherwise I would miss out.

Was this a hard sell or was this an opportunity?

When I got off the phone I wasn’t sure whether to be excited or suspicious.

Yet when the 24 hours was up, I accepted the deal.

I thought that signing this deal would get me closer to reaching the masses with my two books, so I could help more people struggling with depression and low self-esteem.

What played out over the next there months was me submitting my already edited and formatted book files to Balboa.

When I got the proof, I was shocked!

They had completely messed up all the formatting, which took days upon days of my submitting corrections to the editing staff, in order to finally get the book back looking as it was originally.

As this happened I started to question the competence of the people of I was working with.

The formatting was already complete.

Why had they messed with it?

I received the review for my book Getting Naked – The Dating Game which proceeded to completely bag out my book, totally missing the book’s message.

I certainly wasn’t going to use that review to promote my book now.

I didn’t take it personally, as I’d had dozens of random readers email me previously saying how much they loved the book and couldn’t wait for the sequel.

I was however, pretty angry that I had wasted big money on something that was meant to help me.

Three months later and both my books were in print and being distributed through all the appropriate channels.

Every three months I would receive a measly royalties cheque for my first book The Upside of Down: A personal journey and toolkit for overcoming depression, but never for my second book Getting Naked – The Dating Game.

I thought that was so odd, as the Hay House radio interview we’d done had been on the dating book – so surely there’d been at least a few sales?

I emailed Balboa and they said: ‘No. You haven’t sold any of that book.’

I had a few of these emails over the next few years until finally I thought, you know what, this just doesn’t feel right.

I got online and bought my own book.

I left it two royalty statements later, and still nothing.

OK, now I knew there was something dodgy going on.

I emailed Balboa and let them know there was clearly a problem, to which they initially denied, before penguin up an investigation into the missing royalties.

During this time I sent an email to my large database asking that if anyone had bought my book, could they send me their receipts.

Now I knew for sure, I was being duped.

It wasn’t until three months later that they found the error and revealed to me four years of sales figures for my second book.

I asked for all of my royalties to be released and sent to me, to which they said they would do.

Months past, and still I received no royalties for either book.

I kept emailing and was told that now there was apparently a software upgrade problem that was delaying all royalty payments being sent out to authors.

This carried on for a few more months.

Despite many emails, I was getting nowhere.

A quick Google search found hundreds of articles from other Balboa authors sharing how they’d also been scammed.

In fact, my story wasn’t nearly as bad as what some of these authors had experienced.

Getting nowhere with Balboa, I called Hay House, and the guy there was brilliant, forwarding my email straight to Balboa management.

The guy in charge at Balboa emailed me within 24 hours saying he had expedited my royalties and I should receive them soon.

The figures he said were owing did not match the figures from the initial sales reports.

I emailed back, asking for him to investigate the discrepancy in figures, to which I received no reply.

Oh, we were back to that again!

By this point, I’d come to terms with the fact that I probably would never get my royalties, and requested that my contract with Balboa be severed.

This meant my books would no longer have worldwide distribution.

This was a HUGE decision, because I felt that if my books didn’t have worldwide distribution, then they were failures.

That’s why I’d stayed with Balboa this long, for fear of not being taken seriously as an author.

I thought I needed to have worldwide distribution, otherwise no one would ever get to benefit from what I had to share.

Of course, this was simply my fear at play.

I knew deep down, that by allowing Balboa to mess me around, and earn money on my behalf (that I would probably never see), I was giving my power away.

Within a week ties with Balboa were cut.

A huge sense of relief washed over me.

I continued on with my life, and you know what, my life didn’t fall apart because I no longer had worldwide distribution.

It didn’t affect my happiness or my career one bit!

Months later, the royalties still have not been paid.

Chances are I will never see them.

And you know what, that is ok, because I learnt a very important lesson out of this 5 year saga:

If something doesn’t feel right, trust that feeling, no matter how big the promise.

I have dreams of sharing my words with the world.

And when someone comes along offering to fulfil those dreams, it can be really easy to ignore the signs that are screaming to you ‘This is dodgy! Don’t go there! It’s a scam.’

I’d love to say that the world is a beautiful supportive loving place.
In many cases this is the case.

But just as there is much love in the world, there is also much fear, and this fear causes people to do things and run businesses that are not in integrity; that are essentially designed to take people’s money.

No matter how shiny things may seem, trust you inner voice.

If something doesn’t feel right, there is a reason for it.

Even if that strange feeling has no logical evidence to support something being amiss, trust that feeling.

We all have an inner GPS that is there to guide us to what’s in our highest good.

If we ignore this warning lights from our GPS, then yes, we put ourselves at risk of being scammed.

If you’re in the same boat as me, and have already been scammed, don’t get down on yourself.

Trust that this was all part of your perfect journey to help you grow and move onto better things.

Our life lessons – no matter how shitty they may seem at the time – are such formative times.

In order to move forward – in order to grow, we need to take risks; make big decisions.

Sometimes we make the decision that get us the results we want.

But even when we make a decision that, upon retrospect, we may not have chosen in the present with our current knowledge, doesn’t mean we stuffed up.

It means we were given an opportunity to grow.

We can gather learnings which will help us move forward, or we can bask in self regret.

The choice is yours.

But if you are holding negative emotion towards the person or business that scammed you, it’s only hurting one person.

Instead of getting angry, take back your power – in my case it was terminating my contract with Balboa – and then gathering the lessons from that experience.

To trust those initial feelings.

If I’d trusted my initial feeling that something wasn’t quite right, I would never had signed that deal and lost $5000, plus all the time I spent trying to track down my owning royalties.

If we get the lesson, we won’t have to keep paying for the same lesson further down the track.

I feel so grateful to have gotten myself out of that contract, and while the only place you can purchase my books these days is on my website, I’m ok with that.

In the future I will get them back on all the book websites, in front of the people who need them most, but in the meantime, I will continue to write the sequel to my second book.

As long as I am writing, I am happy 🙂

If you’ve been scammed or had a feeling and then gone against it, only to find out later that the initial feeling was on the money, please comment below and share your experiences.

The more we share, the more we learn from each other.

Thanks for reading and I hope this blog helps you trust those inner feelings when it comes to making decisions.

All the answers really are within you!

28 Comments on “Have you been scammed? My personal experience with Balboa …”